Japan’s Ministry of Health Labour and Welfare announced today that Freelancers in the “entertainment industry” and those that work in “animation production” will be able to receive workers’ accident compensation insurance, a scheme usually only reserved for those who are employed by a company. This coverage means that if animators get injured on the job, or have sustained injures as a result of their work, the government will pay out two-thirds of the freelancer’s lost earnings, among other benefits, including death benefits.

While employees get their coverages provided to them by their company, freelancers will have to pay for their premiums along with their own National Health Insurance. Typically, a company pays a certain percentage of an employee’s paycheck to the government depending on the risk factor of the industry. For example, a company employing an office worker would pay less than someone working on a high-risk construction site.

It begins next year for the estimated 210,000 workers in the “entertainment industry” and about 10,000 people in “animation production“. The Ministry of Health Labour and Welfare also mentioned that they were expanding it to try and improve the treatment of people who work in various ways and may expand it further down the line.

The Information and Images were provided by NHK News, and Crunchyroll’s Japan Correspondent, Daryl Harding 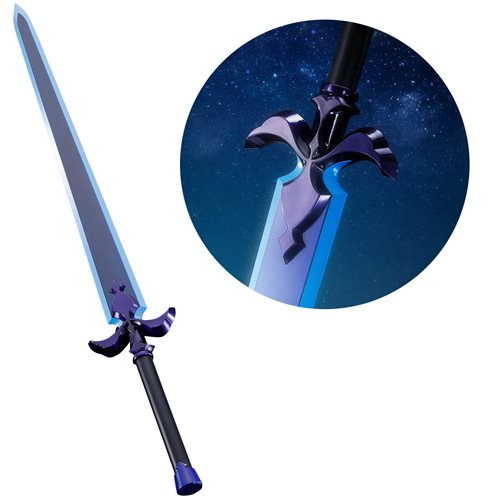 This Proplica edition of the Night Sky Sword is derived from the anime series Sword Art Online: Alicization – War of Underworld. Life-sized, 1:1 scale, and faithfully detailed, it includes more than a 100 audio samples from the show, including dialogue, sound effects, and music! The Sword Art Online: Alicization – War of Underworld The Night Sky Sword Proplica Prop Replica measures about 39 2/5-inches long and comes with a display stand and an instruction booklet.

The War Gets Ultra-Romantic! Kaguya-sama: Love Is War gets a Third Season!
Old Enemies return for the latest Ghostbusters: Afterlife International Trailer, what are your thoughts about the newest trailer?
Did everyone enjoy DC Comics' DC FanDome Event? What was your favorite moment? Share your thoughts with us in the comments below!
Baki vs. Biscuit Oliva, Unchained Mayhem! Full of Action and nonstop thrills! Be sure to read our review, the link is in our bio! 🔗
DC Comics' New Superman, Jon Kent comes out as Bisexual, Jon's story takes a bold step in a new direction in Superman: Son of KAL-EL Issue 5, on sale Nov. 9th 2021.
Sora joins the Brawl! Kingdom Hearts celebrates its 20th Anniversary, read more about it on our Blog! Link is in the bio! 🔗
Bushiroad Announces Rent-A-Girlfriend TCG Themed Booster Set set to debut in February 2022
@funimation is on a roll, they are planning to screen Sword Art Online the Movie -Progressive- Aria of a Starless Night in the West! Coming this December!
%d bloggers like this: