Another review, this time we’re heading for London in Overwatch London Calling #1

It’s time for another review, while it may be another Video Game Series but this time its Activision Blizzard and Dark Horse Comics Overwatch: Tracer- London Calling. In this Five Issue Series, it follows a fan-favorite damage hero known as Tracer. Written by Mariko Tamaki and illustrated by artist Babs Tarr, and Cover drawn by artist Bengal, following the young lady as she zips through the streets of her hometown in London, it has been years since Overwatch was disbanded and the world finds itself plagued by injustice and vulnerable to self-interested powers, Sentient, intelligent robots called Omnics find themselves struggling since the Omnic Crisis, the Omnic demand equality, and an end to discrimination against their kind. We’re about to find out that heroes come from unexpected places when the world needs them again. This story takes place five years after the ratification of the PETRAS ACT, Tracer finds herself tending to small-time crimes as a part-time hero, spending her Christmas with her girlfriend Emily, Lena (Tracer) finds herself meeting a Punk Rocker Omnic named Iggy. As the two bonded over their love of music, Iggy showed how dire things have become for the Omnics, Tracer becomes determined to help Iggy and her fellow Omnics, even if it means putting her in the crosshairs!

While this is a Digital Title at the moment and is available to read for free on places such as Comixology, Dark Horse Digital, and of course, PlayOverwatch; writer Mariko Tamaki finds herself at home with the world of Overwatch, her pacing is steady and keeps the reader’s attention; it stays true to the lore that Blizzard has brought to us and what we’ve experienced in their video game, this is considered to be a tie-in that could alter (or improve) Overwatch’s history. The characters introduced in this mini-series so far practically leap off the page when it comes not only by design but the way they are written made this first issue feels different than a normal first issue, Mariko is also currently writing for another Superhero book, DC Comics’ Wonder Woman, and she has been doing a wonderful job on the title.

The Artistic team has done a phenomenal job on this first issue, Artist Babs Tarr brought her A-game on this title, giving us a familiar but nostalgic feeling from her previous stories such as her run on DC’s Batgirl and Image’s Moto Crush. The character designs, as I mentioned in the paragraph above is another part of it leaping off the page because the characters are designed beautifully, they stand out from all the rest, almost to the point where readers could possibly create cosplay outfits influenced from this, Iggy is my new favorite robot girl (that’s right, not ashamed to say it!) And I look forward to seeing more of Lena and Iggy in action. I would also like to also point out that the layouts that Hunter Clark did were great, a good fit with Tarr’s and Heather Danforth’s pencil work, Rachel Cohen was the Colorist/Artist involved in this artistic team, Dark Horse Comics chose the perfect artistic team and writer for introducing new readers (and players if inspired enough into trying out the game too) to the ever-changing world of Overwatch. Again, if you’re wanting to read this new series, click on the links above to check it out, this is a Bi-Monthly book and a print version will be available in December, according to Geek Tyrant’s Tommy Williams. 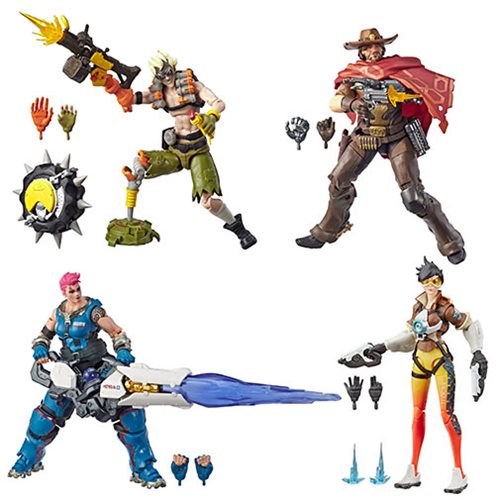