Going over the new show highlights for Crunchyroll’s Summer Line-Up.

It’s Summer and Crunchyroll is announcing their line-up, so far the new shows look great! We have new shows such as Rent-A-Girlfriend, The God of High School, and returning shows like Sword Art Online, Digimon Adventure, Food Wars! The Fifth Plate. Please note, shows such as Boruto, Case Closed, Gundam Build Divers Re: Rise Second Season, and Idolish7 Second Beat! Haven’t had a confirmation to a Broadcast return yet. Here’s what we know so far, for now this is highlighting the new shows:

The God of High School

“Martial Artists, far and wide travel from Korea and across the globe to come together to compete in an action-packed tournament to become the God of High School.”

Re: Zero- Starting Life in Another World Season Two

“Subaru aims to solve the Mysteries behind the Death Loop and the Fog of Elimination.”

“20 Year Old Kazuya Kinoshita had a terrible and painful breakup, trying a new app he meets Chizuru Mizuhara, who works for the Diamond Company, who sponsors the ‘Rent a Girlfriend‘ App, after a few dates and introducing Chizuru to his family, but he also begins to develop romantic feelings for Chizuru.”

“The Year is 2030 and Japan has become a mere shell of its former self, people are becoming zombies and monsters based on their age, race, and sex. The illness is called ‘Gibia’ and now Ninja and Samurai roam Japan.”

“Three girls come together to form a team and defend a secret world inside Earth called the Healing Garden!” 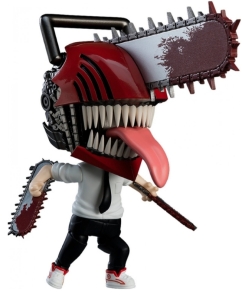