Today, I’m reviewing a different subject altogether, before we start this review I would like to thank the people at WarnerMedia for letting me have an opportunity to review your streaming service. As you all know, there has been a streaming war going on the past few years, at first, it was Netflix and Hulu, now you have services such as Disney Plus, Peacock, Apple TV+ and now HBOMax joining in the Streaming Service War.

While the service is still fairly brand new, it still has a long way to go in being considered a real threat to Netflix and Hulu, when the House of Mouse debut their service gained 28.6 Million Subscribers since their debut in November, according to a report from the Business Insider but it also had its fair share of problems in its debut too. Like it’s predecessors Netflix and Hulu, HBOMax offers over 10,000 hours worth of entertainment such as Television shows and Films, WarnerMedia has spent years preparing its service for launch and acquiring shows such as “Friends” and “South Park,” and content from DC Comics not to mention acquiring the rights for the Studio Ghibli Library. What is its greatest strength? The library, while the service supplements more than 1,300 television series and films, the perfect comfort food for the binge-watcher; other popular shows such as Big Bang Theory, Rick and Morty, HBO shows such as Game of Thrones (They even have the season that everyone dreads,) Westworld. If you’re a fan of Anime, HBO Max also has a great selection from Crunchyroll: 91 Days, Berserk, Bungo Stray Dogs, Erased, and much more.

Another thing that works well for the service is it’s Original Content and Series, with Warner Bros being around for 97 years, the Company has a lot of selection in IP and series creation; as listed in the video above, for example, is a new series called ‘Legendary‘, exploring the world of Ball Culture, this Voguing Reality show follows Black and Latino LGBTQ house members who compete in Nine Ball events (Dancing, Voguing, Walking Events) for a chance to win $100,000. Also offering shows such as Craftopia, Love Life, On the Record, Looney Tunes Cartoons, and The Not-So-Late-Night Show with Elmo.

HBO Max has an easy to access the website and available on a variety of devices unless you are a Roku or an Amazon Fire TV user, it isn’t available for either device just yet according to Variety. But you can find the app on Apple and Android devices as well as these other devices: Android TV, Apple TV, PlayStation 4, Xbox One, Chromecast, and Samsung Smart TVs. But there is still a positive side to this if you have the Hulu App you can still access HBO Max Content through Hulu, only if you subscribe to both services.

For a new service, it has its ups and downs but with something new, there are usually minor bumps in the road along the way, whether it be when viewing a show or film the screen freezes in place while the show progresses or crashes when logging into the service. While the price tag ($14.99) might scare potential customers who are used to paying prices such as $5.99 (Hulu), $6.99 (Disney Plus), $8.99 (Netflix); the price may be scary at first but it is worth taking a risk once. If you have used HBO Go or HBO Now App before and have an account from either, you can still sign in with that existing account. 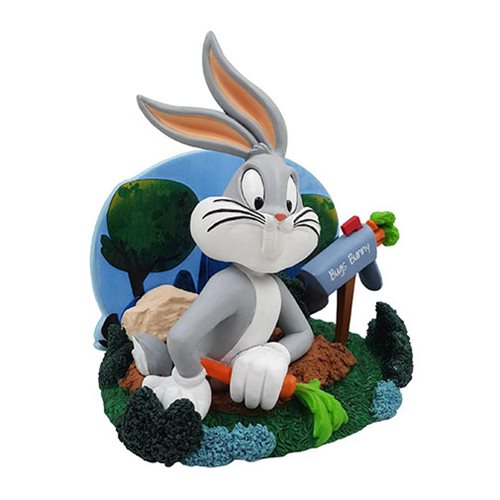 What’s bobblin’ doc? The Looney Tunes Bugs Bunny Bobble Head is made of resin and measures about 10-inches tall.