Even though it was released in September in the US last year, Rambo Last Blood is set to debut on June 26th. Mangaka and Creator of Grappler Baki, Keisuke Itagaki has drawn an illustration to promote the latest Sylvester Stallone Film, first reported on Comic Natalie, Keisuke Itagaki watched the film and had this to say:

“Fury and Revenge; as long as it has these two things, then Rambo can continue indefinitely. I mean, he doesn’t die this time either!”

The Illustration and Poster above are posted at Japan Theaters as of June 12th, 2020. According to Gaga Corp. There will be a dubbed version of the film as well.

“Vietnam War veteran John Rambo tries to find some semblance of peace by raising horses on a ranch in Arizona. He’s also developed a special familial bond with a woman named Maria and her teenage granddaughter Gabriela. But when a vicious Mexican cartel kidnaps Gabriela, Rambo crosses the border on a bloody and personal quest to rescue her and punish those responsible.” 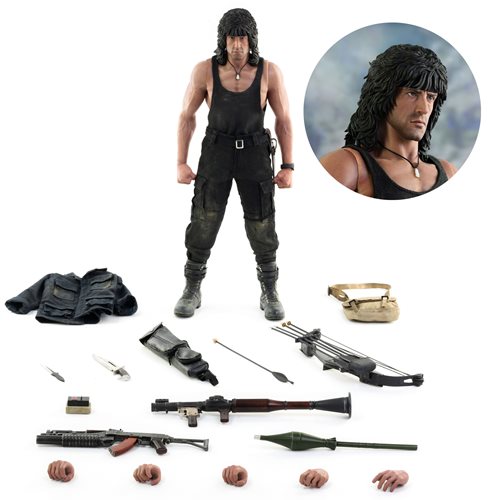