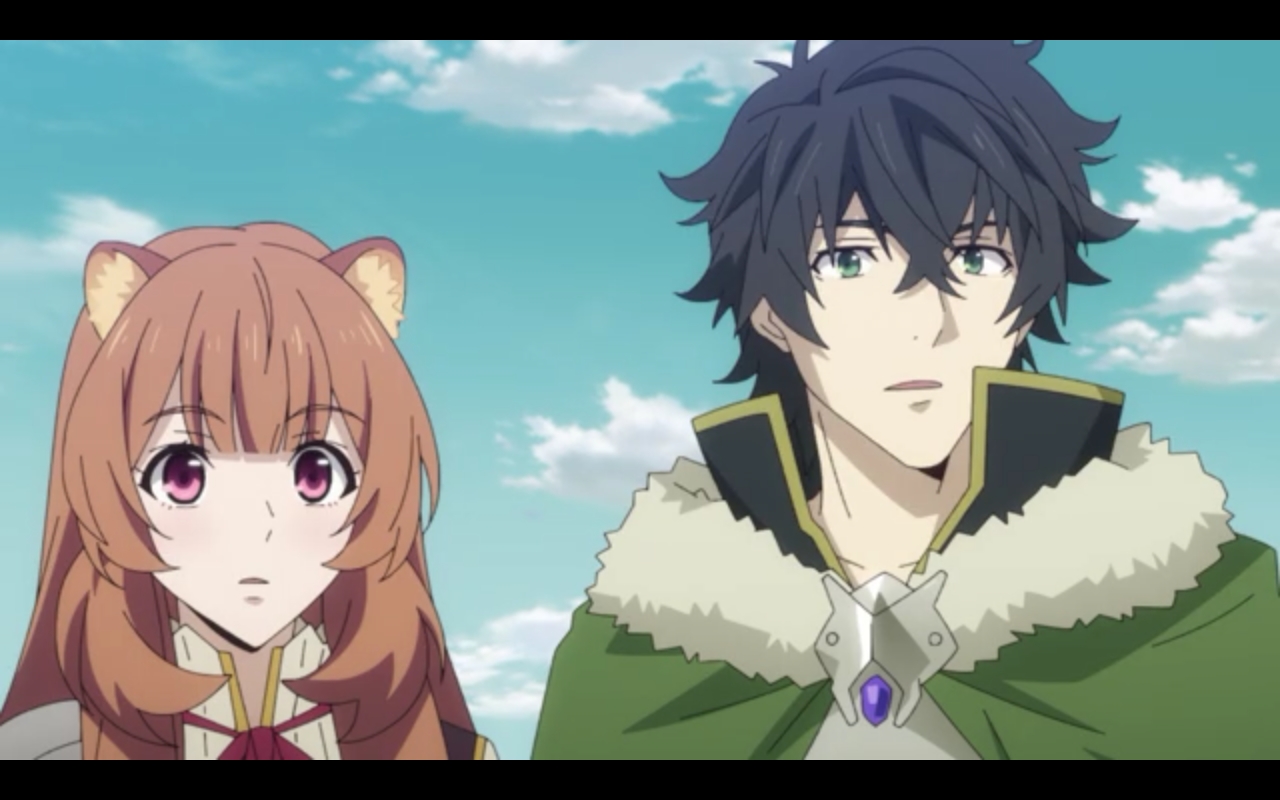 The season finale is here, how does it fair? Find out in our latest review of the Rise of the Shield Hero!
Advertisements

Naofumi realizes that there is more to the Waves than we were led to believe.

The waves were about to come to an end, Naofumi and the others were ready for things to go back to normal, or so it seemed until tragedy struck as a betrayal shook the heroes and the Queen to their core! L’Arc, the Scythe Hero and Therese Alexanderite, attacked The Shield Hero and his party stating that they will have to defeat the Shield Hero for their world to survive! Grab your Sword and Shield, its time to begin our review! Spoilers inbound!

We begin our review with the battle between Glass and Naofumi, they continue to battle and exchange back to back blows as the Shield Hero notices something different in this battle, she reveals to Naofumi that she is from another world that is fighting for their survival too, just like the Scythe hero and his companion! This was one of the most shocking moments of the episode to realize that Naofumi and the three other Cardinal Heroes are in a similar situation that he is in, the Waves aren’t just happening in this world but other worlds too! Other heroes are fighting for survival!

After the wave disappears and everything returns to normal, The Shield Hero recruits Lecia for his party; this was a sad moment to see why she was kicked out of the Bow Hero’s party for a materialistic and petty reason but with Naphtali, Filo’s help she will get stronger and will show them that she is no pushover and will clear her name. It was a touching moment to see him relate to her situation (Granted he was a tad different but he had to help make things right.)

We begin closing our review with the hope that we’ll get another season, some would complain that it felt too short or went by too fast; but sometimes all things have to come to an end, in this case, Naofumi realizes this and began preparations for if the heroes fall in battle, there will be someone else to defend the world whenever they’re needed.

Final Grade: 10, a perfect episode filled with suspense and thrills. The only flaw is that we’ll have to wait for another season. But with this series being such a hit with the fans, we’ll see news of a second season hopefully soon. If you’re interested in reading my past Shield Hero review, click here.