The Newest Manga Review finds us in the most interesting territory, Dark Fantasy, and Horror. When I first heard about this series, I wasn’t sure what to make of it; but as I read on and the feeling I had was not only of fright but also a feeling of intrigue in the story, wanting to know what would happen next and it made me realize what made this so compelling, written and illustrated by Tatsuki Fujimoto, the story tells of a young man named Denji who was poor and willing to do anything for money, even taking up the job of hunting Devils with his pet Devil-Dog, Pochita. He is a simple man with simple dreams, but he is drowning in debt (something I can relate to!) But his sad life gets turned upside down one day when he’s betrayed by someone he trusts. Now with the power of a devil inside him, he becomes a whole new man, the Chainsaw Man!

While it is one of the hyped Supernatural Shōnen titles (Other than Burn the Witch, Demon Slayer: Kimetsu No Yaiba, and Jujutsu Kaisen) recently, this has followed a similar formula for its success where I refer to as stories of teenagers collecting, hunting, or befriending rogue spirits, demons and other kinds of creepy creatures has become a standardized formula for success. Taking cues from predecessors like Tite Kubo’s Bleach series at the beginning of the 2000s era and Yoshihiro Togashi’s Yu Yu Hakusho during the 90s, We have seen how difficult for creators to cut it through the competition but with the current market of a supernatural battle manga, Tatsuki Fujimoto’s Chainsaw Man isn’t having that problem.

An interesting fact about this Mangaka, Tatsuki Fujimoto first gained attention in 2013 with his award-winning debut one-shot Love is Blind. Before Chainsaw Man, he created Fire Punch, a post-apocalyptic series that lasted eight volumes. When we meet Denji, he is destitute and isolated, trying to make ends meet and trying to pay off the debt his father left behind, and scrounging up anything worth of financial value (even bits of himself that he deemed extraneous.) Another dangerous, and a potentially fatal job he took along with his Chainsaw Devil-Dog, Pochita was becoming a Devil Hunter.

The harsh reality of Denji’s life on the fringes of society, dreaming of simple home comforts in a ramshackle den, at times it made you feel like you walked into a different tale, one that didn’t rely on Horror, a Reviewer by the name Hannah Collins from CBR described this as “walking into a Dickensian parable about the plight of the working class.” The thing that felt like a kick in the gut was the brutal murder of Denji after walking into a trap set up by Devils who were disguised as Yakuza thugs; being the good boy that Pochita was, he fuses with his master’s heart. Behold, the Devil Human Hybrid we come to know as the Chainsaw Man!

After Revving himself up and becoming a living chainsaw-executioner, he is recruited into a white-collared job, Public Devil-Hunting by Makima, partnering him with other members of her organization’s Division 4, including the straight-laced Aki and the Blood Fiend Power with whom Denji forms a Love-Hate Relationship with right off the bat. While discussing the story of this first volume, I would like to say that I am amazed by Tatsuki Fujimoto’s artwork with his character designs like Denji’s Chainsaw Form, the Demons, and sheer adulterated horror, reminiscent of Junji Ito’s world of Supernatural Horror. This includes his Sharp Social Commentary and the good humor in even the darkest situation. Even though the end is near for this Manga, I recommend this series for anyone who enjoys a good thrill and Horror, if you do want to read it you can check it out at your Local Book Store, Viz Media, and Manga Plus. 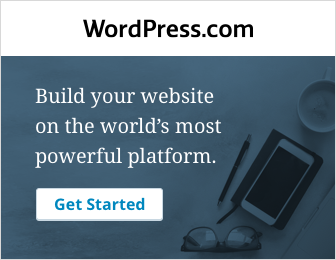 One thought on “Chainsaw Man Vol. 1: A Rip-Roaring Good Time”