Continuing the DCFanDome Coverage with one of the biggest announcements of the Virtual Event, the return of Milestone Media. In a surprise panel, DC will be relaunching the Milestone line in February 2021, leading the charge will be Static, Static-Shock will be getting a comic book series beginning as a Digital First. Later on that year, Artist Kyle Baker and Writer Reggie Hudlin’s previously announced Static-Shock series will be released as an Original Graphic Novel.

Milestone Co-Founder, Artist Denys Cowan will be illustrating a new Icon & Rocket Team-Up, written by Reggie Hudlin. DC promising other new Milestone Titles at a Later Date, speaking of other titles, DC will be releasing a 17-Page Sampler on September 12th, the date also premiering the Second-Part for DCFanDome, the sampler called Milestone Returns #0. The issue will be written by Reggie Hudlin and Greg Pak, that will serve as a “re-introduction of Icon, Rocket, Static, Duo, and much more.” The creators involved are Cowan, Jim Lee, Ryan Benjamin, Khoi Pham, Scott Hanna, Bill Sienkiewicz, Don Ho, Alex Sinclair, and Deron Bennett. Newsarama has an exclusive preview of what to expect for this revival.

Update- August 24th, 2020: Forgot to mention this but according to Filmmaker Reggie Hudlin, Warner Bros. Have been in talks of bringing Static Shock to the Big Screen. 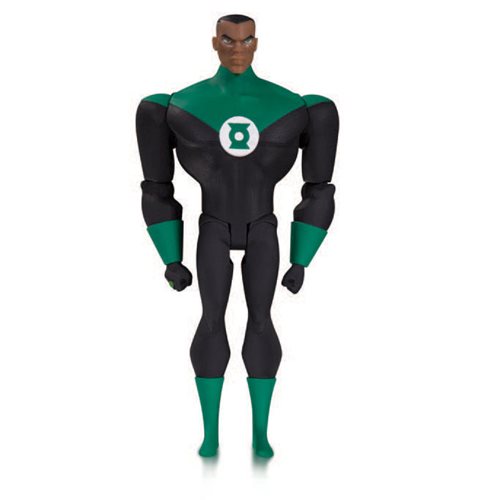 Inspired by the fan-favorite Justice League animated TV series, this Green Lantern action figure stands slightly under 6 1/2-inches tall. The figure is sculpted in the unique style of the show and finished with bright, bold colors.