One of the biggest announcements today had to have been this one, not only did we get a chance to check out the trailer for the final season of Attack on Titan, but we also had news that the Studio known as MAPPA will be taking over production from WIT Studio. The President of MAPPA, Manabu Otsuka, expressed the studios’ “enthusiasm for taking over production from a great studio” such as WIT Studio. Also, the President of WIT Studio, George Wada said too that he had “Great Expectations” for the Final Season. Also, there has been a change in Directors, Yuichiro Hayashi will be taking the place of Masashi Koizuka and Tetsuro Araki. Hayashi expressed

When it was announced last year, it would be broadcast in Fall 2020, the website also confirms that it will on NHK-G.

Another part of the announcement was the Compilation film that spans 59 episodes of the TV anime up to the point of the new season titled “Attack on Titan: Chronicle“. Narration from Mikasa, Erin, and Armin, including work from YoYo Miracle Inc. The Anime film is scheduled to be released in Japanese Theaters on July 17th. 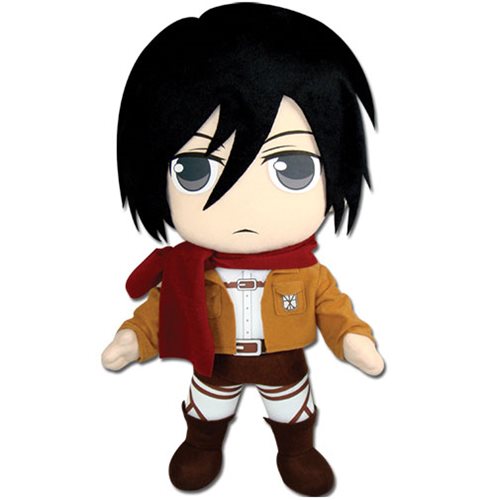 Fans of the hit anime series Attack on Titan will love this plush. The Attack on Titan Mikasa 18-Inch Plush is perfect for displaying in your home or office. Great for cuddling too! Measures about 18-inches tall.