Today we’re going to be reviewing the Netflix series ‘ULTRAMAN‘ if you aren’t familiar with this Ultraman series it is based off the Manga Series from 2011 that bears the same name; however, the story goes is it has been Forty Years since the Giant of Light has appeared, after completing his mission, the Giant went back to his homeland. He erased all memories relating to him, giving the humans the peace they once had; the Giant of Light is now of the past. A high schooler named Shinjiro Hayata, a young man with unbelievable power, one day he finds out that his father was once Ultraman, Shinjiro inherits the Genes of one of the few who can wear the Ultra Suit, Shinjiro’s new mission? To defend the Earth against Aliens as the new Ultraman!

Serving as a sequel to the 1966 Series, this takes place Forty Years after the classic series, Shinjiro’s father, the original Ultraman who has no memory of the events that led to the “Ultraman Factor” the thing that gave him his Superhuman Abilities that were passed onto his son. As someone who has never seen Ultraman in its original run, it is clear to see why the hero is beloved; it joins the current trend of shows being made into 3DCG which might have caused a rift in the fanbase but it was still worth checking out. This series does a great job of giving the viewer a nostalgic feeling when watching each episode, it gives relevance for the original, whether it be in the script, the tone, and over all atmosphere in the presentation.

It is thanks to the Motion-Capture Animation used for this series makes ULTRAMAN shine, whether it be during battles involving fighting Monsters, the amount of physicality involved in each fight (as well during the first four episodes involving a smaller Ultraman included) made it easy to picture the fights playing out as they would in Live-Action Sequences. From what I have studied in shows such as the original Ultraman, or Hero shows similar to Ultraman to nail the fights but it is safe to say that it is in good hands; above this paragraph is an example of how smooth the animation and fights flow. 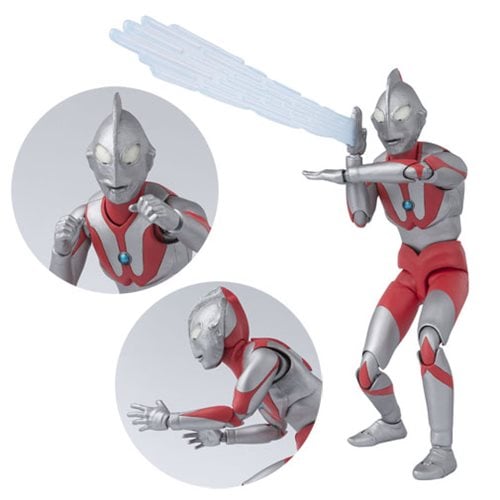 With a new season announced following the recent success of the new Netflix series, there will also be new Ultraman Stories on the way in the near future, thanks to a new team-up with Marvel.