An update on our ongoing coverage of Japan’s Copyright Law battle.

We have a follow-up on Japan’s ongoing Copyright battle, three weeks ago we reported that the Japanese Cartoonists Association spoke out about Japan’s Copyright Expansion. On March 8th, Japan’s ruling Liberal Democrat Party (LDP) have stalled the planned expansion of the countermeasure against Piracy on the internet pending further review. A subcommittee of Japan’s Council for Cultural Affairs planned to submit comprehensive laws banning the practice of knowingly downloading all illegal media from the internet which included taking screenshots of illegally uploaded media and copying and pasting song lyrics, to the diet on March 8th. However, several officials revealed that the committee decided to remove the policies related to illegal downloads on March 7th.

There were concerns within the LDP that if the laws were passed as previously proposed that it would lead to “Internet Atrophy” as users would find less need for the internet. Prime Minister Shinzo Abe negotiated the issue via Telephone with Former National Public Safety Keiji Furuya on Wednesday, Furuya is the chairman of the bipartisan MANGA which stands for Manga-Animation-Game Parliamentary Group. The discussion led to the decision to remove the policy.

The revised bill will be further discussed at the Diet’s Ministry of Culture, Sports, Science and Technology’s next meeting to ratify it during the current Diet session. The law aims to strengthen countermeasures against pirating sites, including manga. The party is hoping to limit site reach and strengthen the ability to control access to such sites. As you are already aware, the original proposal would make knowingly downloading copyright infringing manga, magazines, novels, essays, and photographs (includes screenshots) a punishable offense.

Current laws only punish the consumer of pirated media in cases where the media in question is music or video, so the proposed revisions would have expanded the current laws. 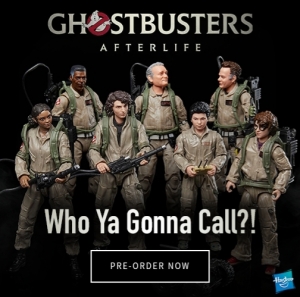 The Newest Review is Here! Electronic Arts and Bioware's Mass Effect: Legendary Edition, starting with the review for the first Mass Effect Game! It will be a three-part review for each game.
The New Ghostbusters Afterlife Trailer has been released, and the movie is coming this November, are you excited? Share your thoughts in the comments below!
Catching up on Anime Series Reviews with OddTaxi! What was your favorite moment or character from this series? Be sure to check out the review! The link is in our bio!
Our newest review for Zombie Land Saga: Revenge is finally here! Be sure to check out the review on Red's Nerd Den! Link included in the Bio!
Today's the day! Mashle, Muscles and Magic Volume One has been released. Be sure to check out our review! The Link is in our Bio.
%d bloggers like this: