Paramount unveils next chapter in the Transformers Film Franchise.

The Transformers Franchise is about to take a walk on the Wildside, Paramount had a Virtual Press Event on Tuesday to celebrate the beginning of production on the Seventh installment in the Transformers Film Franchise with Transformers: Rise of the Beasts.

Filmmaker Steven Caple Jr. Will be the Director, known for his work on The Land, A Different Tree, and most recently, 2018’s Creed II and is also joined by producer Lorenzo di Bonaventura. According to The Hollywood Reporter, it will be partially be set in Brooklyn, New York, and will also go to Peru, among other locations. Speaking further about the setting, it will be set in the 1990s, evocative to fans of the 1990s cartoon Beast Wars and will feature Optimus Prime (including the original voice actor, Peter Cullen returning to reprise the role,) in his G1 Design but the Transformers Team declined to comment on further voice castings but promised some interesting news to come. The main villain will be Scourge, the leader of the Terrorcons.

Anthony Ramos and Dominique Fishback join the Transformers Film Cast. Anthony stars as Noah, a military veteran, and electronics wiz, and Fishback, not much is known about the character but she described her character as “an intelligent artifact researcher.” The movie is set to premiere on June 24th, 2022. 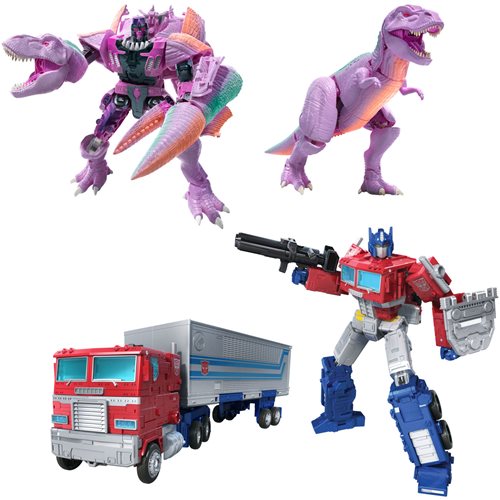 Prepare your Beta Capsule, it's time to fight Kaiju! The Newest Review is about Marvel and Tsuburaya Productions The Rise of Ultraman TPB! Click the Link in our Bio for more information.
The War Gets Ultra-Romantic! Kaguya-sama: Love Is War gets a Third Season!
Old Enemies return for the latest Ghostbusters: Afterlife International Trailer, what are your thoughts about the newest trailer?
Did everyone enjoy DC Comics' DC FanDome Event? What was your favorite moment? Share your thoughts with us in the comments below!
Baki vs. Biscuit Oliva, Unchained Mayhem! Full of Action and nonstop thrills! Be sure to read our review, the link is in our bio! 🔗
DC Comics' New Superman, Jon Kent comes out as Bisexual, Jon's story takes a bold step in a new direction in Superman: Son of KAL-EL Issue 5, on sale Nov. 9th 2021.
Sora joins the Brawl! Kingdom Hearts celebrates its 20th Anniversary, read more about it on our Blog! Link is in the bio! 🔗
Bushiroad Announces Rent-A-Girlfriend TCG Themed Booster Set set to debut in February 2022
%d bloggers like this: