Before I begin my review, I would like to apologize for not posting this sooner, originally I had planned on releasing the review after the Milestone Returns-Infinite Edition Review but I got sidetracked and wanted to reread the story (which also includes a brief reintroduction of the House of M, this also played a part in this collection.) Plus It was one of the best stories I have read in quite some time. Famous Hollywood Screenwriter, Director Reginald Hudlin takes on one of the greatest heroes in Comic Book History, T’Challa, the Black Panther!

The Adventure Continues for the King and Protector of Wakanda, as his origin is retold in Cinemascope, which beckoned the question, Who is the Black Panther? What is the Secret History of Wakanda? Meanwhile, the Panther finds himself in the House of M, finds Storm and T’Challa ruling a United Africa, one of the Biggest Economic Powerhouses in the world! Storm speaks out against the Supremacist Notion in a Mutant-Controlled World, which catches the attention of Magneto! Then, a strange and mysterious outbreak brings Storm and the X-Men to Africa.

It leads to one of the most amazing team-ups where T’Challa teams up with Luke Cage, Blade, Brother Voodoo, and Monica Rambeau to take on the Undead! Then, T’Challa takes on one of his greatest challenges yet, to wed the love of his life! Who was the lucky lady? It leads to one of the most Iconic Marriages in Comic Book History! This volume collects BLACK PANTHER (2005) 1-18, X-MEN (1991) 175-176. Also, joining Reginald Hudlin were Writer Peter Milligan and these incredible artists: John Romita Jr, Trevor Hairsine, David Yardin, Scott Eaton, Kaare Andrews, and Salvador Larroca! Better strap yourselves in True Believers, we’re in for some fun in this review!

The first time I had heard about Reginald’s run on the Black Panther was when during a promotion for the release of Black Panther Motion Comic in 2011 when it premiered on BET, as mentioned before, it begins with his origin retold (The Legacy of the Black Panther, not T’Challa) for a new generation of fans and a perfect jump-on point for new readers. Hudlin is a superb writer and creator, he added not only personality but also this balance of emotional gravity to these characters. There were different artists involved in this Collection but having John Romita Jr. Involved in this story was a great fit for the story that Hudlin was telling, Romita always had a way with details in action sequences and with drawing people.

The Wedding of Storm and Panther took place during the Cease Fire Event during Civil War, While this event was happening mostly in the United States, Wakanda was a safe zone in a way. Members of the Avengers and the X-Men showed up for the Wedding, this also included the Watcher, with a being like the Watcher appearing for an event like this was truly phenomenal. While Christopher Priest may have reinvented the Character with his sharp and witty political satire, Hudlin’s Black Panther is perfect for both old and new fans, not to mention combining Social Satire with all-out action. And if you want to catch the Black Panther Series from BET, Marvel has uploaded the episodes on their YouTube Channel. 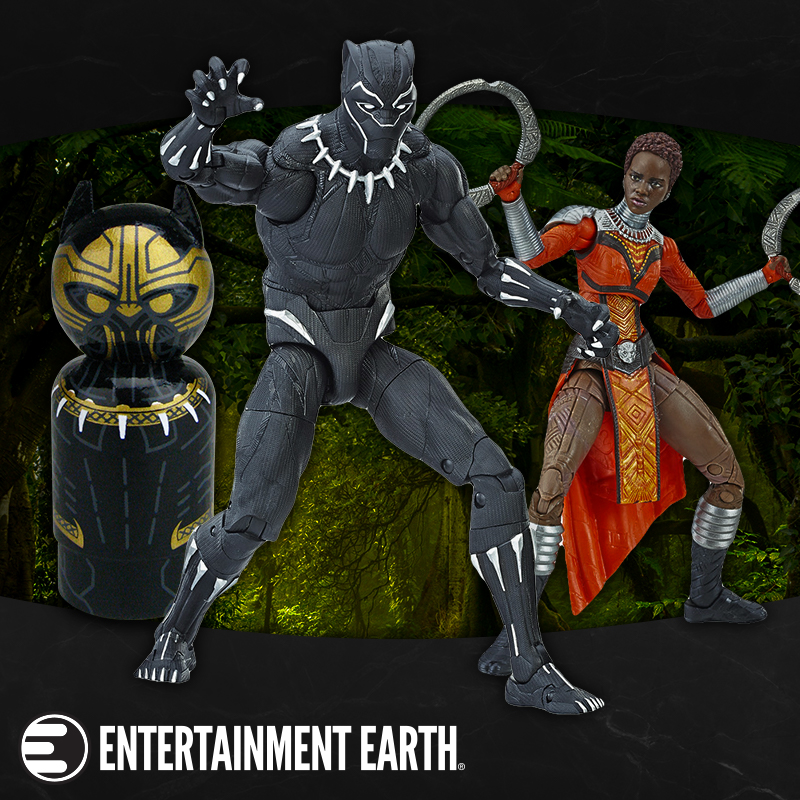 Baki vs. Biscuit Oliva, Unchained Mayhem! Full of Action and nonstop thrills! Be sure to read our review, the link is in our bio! 🔗
DC Comics' New Superman, Jon Kent comes out as Bisexual, Jon's story takes a bold step in a new direction in Superman: Son of KAL-EL Issue 5, on sale Nov. 9th 2021.
Sora joins the Brawl! Kingdom Hearts celebrates its 20th Anniversary, read more about it on our Blog! Link is in the bio! 🔗
Bushiroad Announces Rent-A-Girlfriend TCG Themed Booster Set set to debut in February 2022
@funimation is on a roll, they are planning to screen Sword Art Online the Movie -Progressive- Aria of a Starless Night in the West! Coming this December!
Funimation and Liden Films prepares to bring us into the World of Extreme Baseball in Tribe Nine! Set to premiere in January 2022.
The Duke of Death and his Maid picks up a second season! More information is on our Blog! Click the link! 🔗
@kodanshamanga unveils new Variant and Exclusives for Final Volume of Attack on Titan. More information can be found on the link in our bio.
Loading Comments...
%d bloggers like this: