Skip to content
This School House is Rocking in the latest trailer for My Hero Academia’s Fifth Season.
Anime

This School House is Rocking in the latest trailer for My Hero Academia’s Fifth Season.

Classes prepare for a Clash in the newest trailer for MHA’s Fifth Season.

One more month until School is back in session at U.A. High, last week we got a brand new visual showing off both classes ready for battle. Now we have a brand new trailer to show with it!

Season Five will begin on March 27th, 2021, and will air broadcasting in Japan on the Yomiuri TV and Nippon TV networks on Saturdays during the 17:30 time slot (5:30 pm JST). A brand new film will be making its debut this Summer. You can catch My Hero Academia on Funimation, Crunchyroll, and Hulu.

Thanks for reading! If you have any suggestions, news tips, or questions, email me at webmaster@bigrednerd.com. Also, be sure to Follow and Subscribe to the Nerd Den’s Twitter, Tumblr, and now Facebook and Instagram! Be sure to check out our new store, Red’s Nerd Shop! 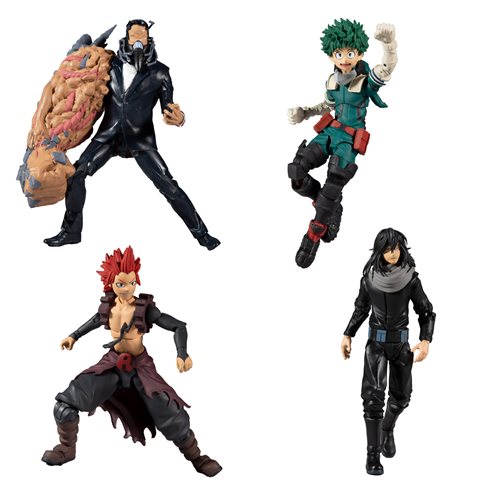