Just in time for the final season of the hit anime, Kodansha USA and Humble Bundle have teamed up to launch the Attack on Titan Final Season Humble Manga Bundle! Right now, fans can get over $750 worth of the original Attack on Titan digital manga, its spinoff series, light novels, guides, and even audiobooks, for only $20. It’s a perfect jumping-on point for new fans of the franchise or those that only know the anime, as well as a great opportunity for existing fans to build-up their Attack on Titan library! For more on this story, Graphic Policy has Exclusive Details. 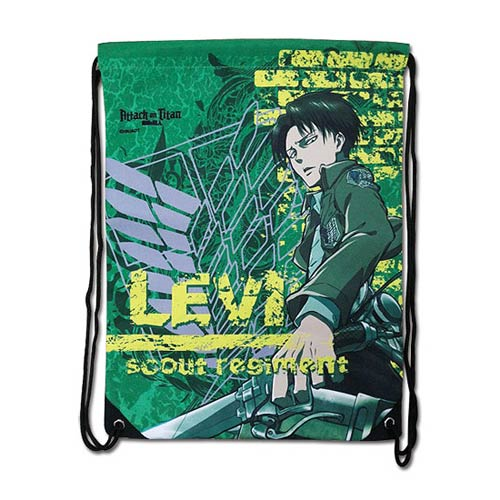 On Sale at Entertainment Earth: On leave from the Scout Regiment, Levi is the center of attention on this Attack on Titan Levi Green Drawstring Bag inspired by the Attack on Titan manga series. Measures approximately 17 1/2-inches long and 13-inches wide.
Advertisements