New York Times bestselling author Claudia Gray and The Dregs artist Eric Zawadzki offers a beautifully crafted hard sci-fi comic that feels like a worthy addition to Superman‘s decade’s long canon. Colorist Dee Cunniffe’s colors bring the interplanetary adventures to life in bright, technicolor fashion. And fixing what is one of the biggest issues with many current YA and Middle-Grade comics is Letterer Deron Bennett and his engaging, clean letters. His work tells the story in the most enjoyable way possible.

The information, images were provided by DC Comics.

But groundquakes are shaking the planet’s surface. Rebellious uprisings are shaking the populace. Krypton’s top scientists–Jor-El and Lara–conduct a secret experiment that is meant to reform their planet from the cellular level up. Zahn and Sera must join forces to investigate the hidden dangers truly threatening Krypton. In the process, they form a bond that will endure past the end of the world… 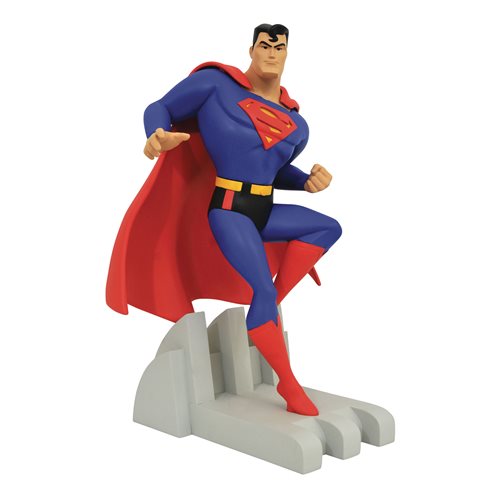 The Man of Steel hovers over a white architectural base in this animated-style DC Premier Collection Animated Series Superman Statue. Measuring approximately 12-inches tall, Supes is a limited edition of 3,000 resin pieces that comes packaged in a full-color box with a numbered certificate of authenticity. Order yours before he flies away!