Good Afternoon everyone, before we begin the Anime Edition of the News Round-Up, I would like to thank our Veterans, Soldiers, and their families who have served and currently serving in the Military for their service on this Veterans Day. Here are several things that have come up this week and the information, images, and trailers were provided by Netflix, Anime News Network, Funimation, and Crunchyroll:

The new anime will premiere on TV Tokyo in Japan on January 6.

The series was delayed from its previously slated October premiere date due to the spread of the new coronavirus disease (COVID-19) but was rescheduled to August.

The main cast members will return for the new anime.

For a detailed list of the cast announced for the Dubs, click here. Also, check out my latest review for episodes 1 through 3 of Jujutsu Kaisen!

New Visual released for Log Horizon: Destruction of the Round Table

Funimation has received a new visual from their partners at NHK, the cast of characters we’ll journey with throughout the next season, as well as a splash of manga-inspired design and color! It also offers us a glimpse of what to expect when the series makes its anticipated return this January on Funimation.

Maryland’s Katsucon has announced that they will postpone their 2021 event that was originally scheduled for February and moved it to 2022 due to the ongoing COVID-19 Epidemic, more information is provided on Anime News Network. 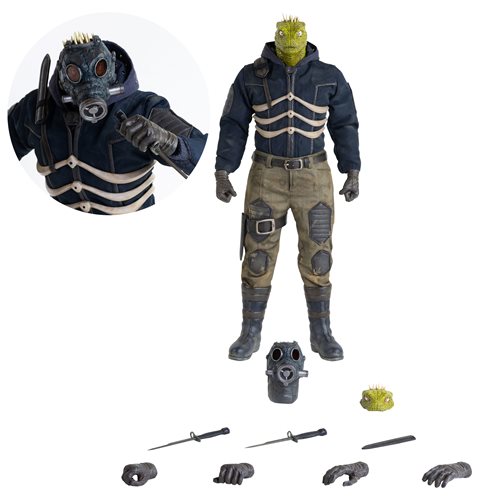 Followers of the Japanese anime Dorohedoro will recognize Caiman, the protagonist of the series. In this collectible Dorohedoro Caiman Anime Version 1:6 Scale Action Figure, he dons the anime color motif and stands approximately 14 1/6-inches tall. Caiman features two interchangeable heads – a masked head and a lizard head – and there are two interchangeable expression parts for the lizard head (standard eyes and angry eyes). Accessories include two knives with fabric sheathes and rib-shaped body armor, while his fabric costume boasts a hooded wind breaker, a pair of pants, a belt for the waist, and a belt for the thigh. There are also a pair of boots and three pairs of interchangeable hands (relaxed, fists, and gripping knife). Order your Caiman action figure today!