After years of teasing, rumors, speculation, and so many fan theories; the studio who helped create Batman: Arkham Origins, Warner Bros. Games Montreal has unveiled their newest Batgame: Gotham Knights. Set for a 2021 release and on the following consoles: Playstation 4 and Playstation 5, Xbox One, Xbox Series X, and PC, the game will feature two-player online co-op, Gotham City’s Five Boroughs to explore, the ability to drive around via the BatCycle and last but not least, and an arsenal of gear and combat that will grow as the game progresses.

The trailer opens with a voice-over of a news report that a disaster has happened in Gotham City, Bruce Wayne’s body seemingly found amongst the rubble, among the ones featured in the video were Barbara Gordon, Jason Todd, Dick Grayson, and Tim Drake. Also included in the trailer was a video of Batman revealing how he died and the Belfry is available to use, due to the Bat Cave being destroyed in an Explosion, their mission is to keep Gotham safe. 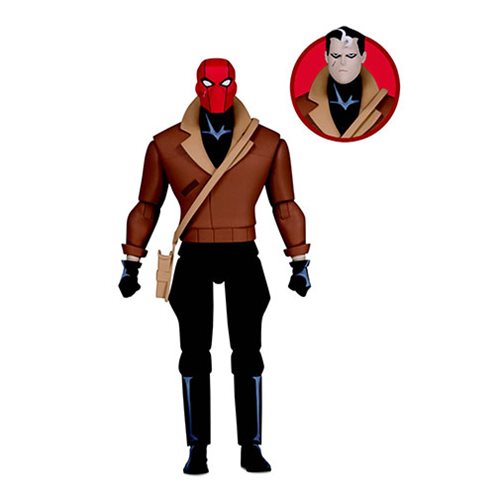 Inspired by the beloved and Emmy Award-winning Batman: The Animated Series, this era of the line features characters never before seen in the series with designs by Ty Templeton in the iconic animated art style. This Batman: The Adventures Continue Red Hood Action Figure includes a number of accessories and comes with his own unique character bio by the Batman: The Animated Series writer Paul Dini. Over the years, Red Hood has become one of DC’s most popular characters. Here’s your chance to include this leading DC hero in your Animated Series adventures. The figure comes with two heads: one shrouded in the eponymous red hood and one as unmasked Jason Todd.