Two of the biggest names in the Comic Book Industry are teaming up for a brand new Fantastic Four Story, one that will be jam-packed with Fantastic Four Heroes and Villians! Speaking of villains, Neal and Mark have created a new Nemesis that is guaranteed to send shockwaves throughout the Fandom, below Mr. Waid and Mr. Adams share their enthusiasm on the Project:

“Working with Neal Adams has been a dream of mine since I was a kid. To share the page with a man of his talent is an honor, The story begins with the Fantastic Four struggling to prevent an extinction event on Earth and just goes more cosmic from there. We all know of Galactus, but until now, no one has met his Antithesis.”

“I have always had the sense of missing the chance to draw the Fantastic Four. It was a quiet sense, since I’ve had every opportunity to do my favorites. More, I felt Kirby and Buscema had done it all, hadn’t they…? When Marvel’s Tom Brevoort asked if I’d like to do the Fantastic Four, I knew I had to ask for Galactus and the Silver Surfer as well. I am humbled and thankful to Tom for the opportunity.” 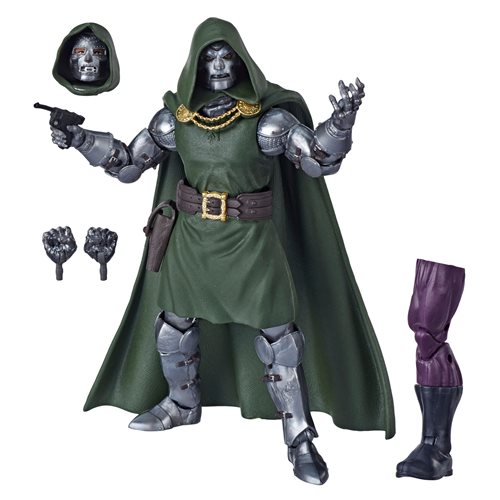 The family is back together! Get things off to a good start by picking up the Fantastic Four Marvel Legends Doctor Doom 6-Inch Action Figure! With the Marvel Legends Series, both kid and adult Marvel fans can start a legendary collection of the comic- and movie-based Marvel characters. This 6-inch action figure is loaded with articulation and is ready to make a splash with fans of all ages. Includes a build-a-figure piece.